Tony Fraser leads the Capability Acquisition and Sustainment Group (CASG) in the Department of Defence.

Tony has extensive experience spanning the defence, industry and commercial sectors and working with Government. His most recent appointment was Managing Director of Airbus Australia Pacific.

Tony completed 34 years of service in the Australian Army and reached the rank of Major General. He has 5500 military flying hours, mostly on helicopters, and achieved an A1 flying instructor rating.

During his 6 years in the then-Defence Materiel Organisation, he led the team assisting David Mortimer in his review of Defence Procurement and Sustainment.

In addition to his military career courses, Tony Fraser is a graduate of the Harvard Business School. He has been recognised as an Officer in the Order of Australia and a Conspicuous Service Cross. He has two grown daughters, Katelin and Sarah.

Dr Sawczak was Head of Political Affairs at the Organisation for the Prohibition of Chemical Weapons (OPCW) in The Hague 2013-16, where he led the OPCW’s diplomatic engagement and communications strategies, including for the mission to eliminate Syria’s chemical weapons.

Prior to the OPCW, Dr Sawczak enjoyed a wide-ranging career at the Australian Department of Foreign Affairs and Trade, which included postings to Washington, Brussels and Moscow. He also served as international security adviser to the Minister for Foreign Affairs and as Director of Counter-Proliferation at DFAT, where he was closely engaged in the establishment of the Proliferation Security Initiative.

* Support speakers to be advised closer to the event. 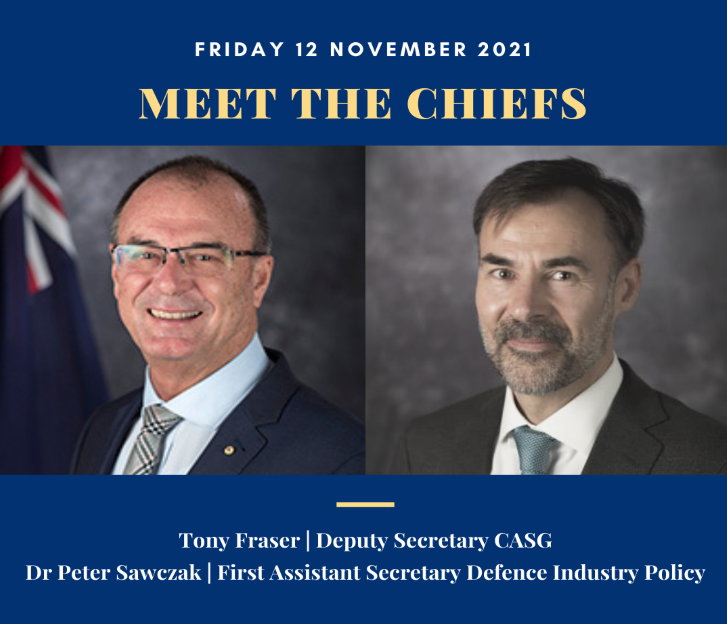