Air Marshal Mel Hupfeld, AO, DSC was born in Sydney in 1962. He joined the Royal Australian Air Force (RAAF) as an RAAF Academy Cadet in January 1980, winning the Flying Prize for his year and graduating with a Bachelor of Science degree in 1983.

Air Marshal Hupfeld's early career was spent in a variety of flying positions on Mirage and F/A-18 aircraft, primarily with No 3 Squadron (3SQN) and No 2 Operational Conversion Unit (2OCU), before qualifying as a Fighter Combat Instructor in 1989. Following a period of service as B Flight Commander, 3SQN, Air Marshal Hupfeld was appointed as the Executive Officer of 2OCU in 1995.

In 1997 Air Marshal Hupfeld was selected to attend the Royal Air Force Advanced Staff Course, graduating with a Master of Arts in Defence Studies from King's College in London, before taking up post as a Deputy Director in the Aerospace Development Branch.

On promotion to Group Captain in January 2004 he was appointed Director Aerospace Combat Development in the Australian Defence Headquarters, before accepting appointment as Officer Commanding No 81 Wing in January 2006. Promoted to Air Commodore on November 2007, he became the Director of the Combined Air Operations Centre in the Middle East Area of Operations, before returning to Australia as the Director-General Air / Director General Air Command Operations in March 2008. In December 2009, he took command of Air Combat Group where he oversaw all of the RAAF's fast-jet combat aircraft to deliver Australia's capability to control the air and conduct precision strike.

Air Marshal Hupfeld was promoted and appointed as the Air Commander Australia on 3 February 2012. In this position he provided specialist air advice on raise, train and sustain issues to the joint environment.

On promotion, Air Marshal Hupfeld was appointed as Chief Joint Operations in May 2018 and subsequently Chief of Air Force in July 2019.

Air Marshal Hupfeld is married to Louise, and his interests include mountain biking, running, fishing, light aircraft, and sailing. 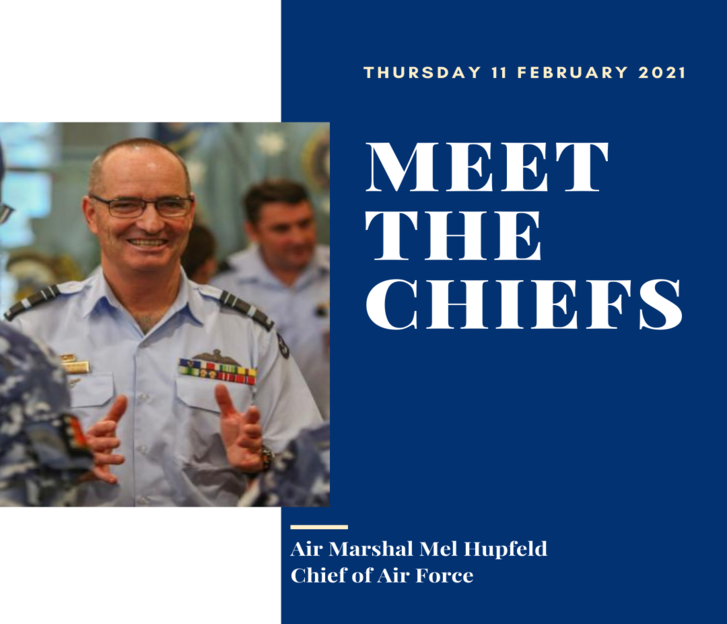