Following a Career in Engineering Management in the UK, Steve moved to Australia in 2003 to take up a position within the Department of Defence.

Steve was promoted into the Senior Executive Service in July 2004 as the Director General Occupational Health and Safety for Defence and was responsible for overseeing Defence’s corporate OH & S programs. He moved into Personnel Policy in July 2006 as the Director General Personnel Policy and Employment Conditions. In 2008 Steve became Head People Policy in the new People Strategies and Policy Group, with responsibility for Policy issues across the HR spectrum for Defence APS and ADF.

In 2011 Steve transferred into the Defence Support Chief Operating Officer position and in January 2013 Steve was promoted to Deputy Secretary Estate and Infrastructure. As a consolidated service delivery organisation for Defence, Steve is responsible for a range of enabling services where Defence works, trains and lives across Australia and the development and management of the Defence estate.

Steve is married with two children and lives in Canberra, Australia. 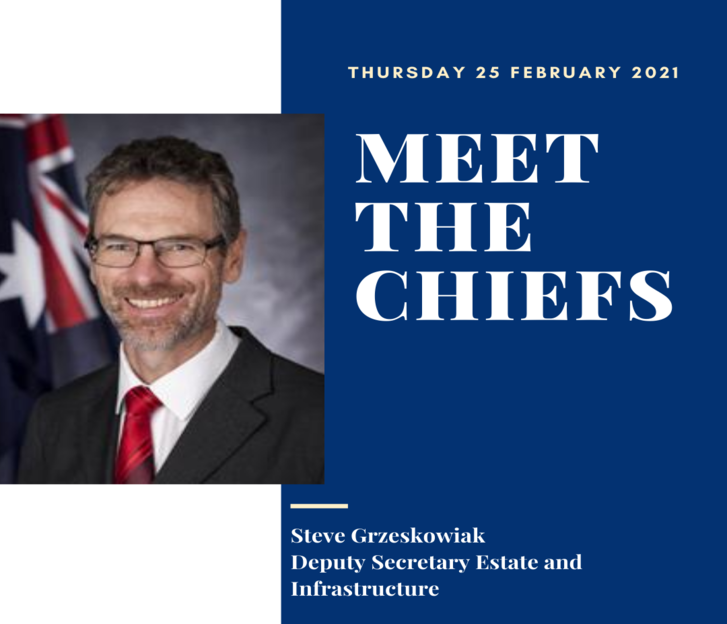