Meet The Chiefs - Defence Secretary & Chief of the Defence Force

Due to the Canberra lockdown, this event has been postponed to 8 December, and will now be held at the Hotel Realm. Registration enquiries can be directed to catherine.scott@glengarryadvisory.com.au

Mr Moriarty commenced as Secretary of the Department of Defence on 4 September 2017.

Mr Moriarty first worked in Defence from 1986 to 1995, primarily in the Defence Intelligence Organisation. He also served in the Headquarters of the United States Central Command in the Persian Gulf during Operations Desert Shield and Desert Storm.

Prior to his appointment as the Secretary of Defence, Mr Moriarty held senior roles in the Prime Minister's office, first as the International and National Security Adviser and then as Chief of Staff to Prime Minister Malcolm Turnbull.

In June 2015 Mr Moriarty was appointed Commonwealth Counter-Terrorism Coordinator in the Department of the Prime Minister and Cabinet. Mr Moriarty was responsible for coordinating and implementing Australia's counter-terrorism arrangements, in close partnership with the States and Territories.

Mr Moriarty holds a Bachelor of Arts Degree with Honours from the University of Western Australia and a Masters Degree in Strategic and Defence Studies from the Australian National University. He is married with two children. Mr Moriarty has studied Indonesian and Tok Pisin.

He then served in troop and squadron command appointments within the Special Air Service Regiment. In 2001 he was appointed the Commanding Officer of the 2nd Battalion, The Royal Australian Regiment (2RAR). While in command, the battalion group deployed to East Timor, as a component of the United Nations Transitional Administration East Timor.

General Campbell has also served in a range of staff appointments including as Aide-de-Camp to the Chief of Army, as a strategic policy officer in Army Headquarters, an instructor at the Australian Command and Staff College and as Chief of Staff to the Chief of the Defence Force.

In late 2005, he joined the Department of Prime Minister and Cabinet as a First Assistant Secretary to head the Office of National Security and was subsequently promoted to Deputy Secretary and appointed to the position of Deputy National Security Adviser. In these roles he was responsible for the preparation of advice to the Prime Minister on national security matters and coordinating the development of whole-of-government national security policy.

Upon his return to the Australian Defence Force in early 2010 he was appointed to the rank of Major General and led the Military Strategic Commitments staff in Defence headquarters until January 2011, when he assumed command of Australian forces deployed in the Middle East Area of Operations. He subsequently served as Deputy Chief of Army from February 2012 to September 2013, when he was promoted to Lieutenant General to command the Joint Agency Task Force responsible for the implementation of Operation Sovereign Borders.

General Campbell holds a Bachelor of Science (Honours) from the University of New South Wales, a Master of Philosophy in International Relations from Cambridge University and he is a graduate of the Australian Army Command and Staff College.

General Campbell’s hobbies include hiking, distance running, military history and gardening. He is married to Stephanie and they have two adult children. 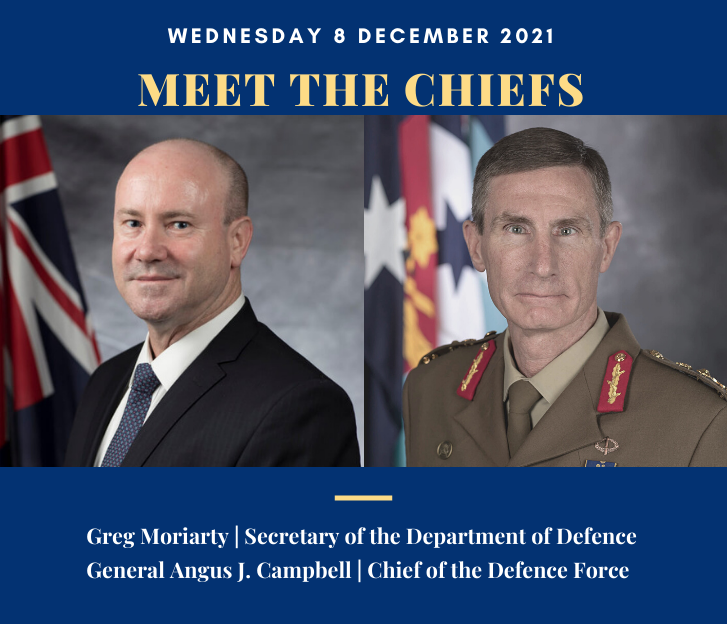