In 2005, Vice Admiral Mead assumed the position as Commanding Officer of the frigate HMAS Parramatta. He saw active service in the North Arabian Gulf as part of Operation Catalyst, with the ship’s efforts recognised with a Meritorious Unit Citation and in 2007, and was appointed a Member of the Order of Australia for his exceptional service in warlike conditions.  During 2007, Vice Admiral Mead undertook studies at the National Defence College of New Delhi and was appointed Australia’s Defence Adviser to the Republic of India.

In 2010, Vice Admiral Mead returned to Canberra to take up the position as Director Naval Personnel Policy. Following his promotion to Commodore in July 2011, he deployed to Bahrain as Commander of Combined Task Force 150 (Maritime Counter Terrorism) on Operation Slipper, and was awarded a Commendation for Distinguished Service.

On promotion to Rear Admiral in January 2015, he spent the next three years as the Head of Navy Capability in Canberra.  From January 2018 to November 2020, Vice Admiral Mead served as Commander of the Australian Fleet. In June 2020, Vice Admiral Mead was appointed an Officer in the Order of Australia for his service to the Royal Australian Navy in senior management and command roles. Upon promotion to Vice Admiral in November 2020, he assumed the position as Chief of Joint Capabilities and Command of Joint Capabilities Group. 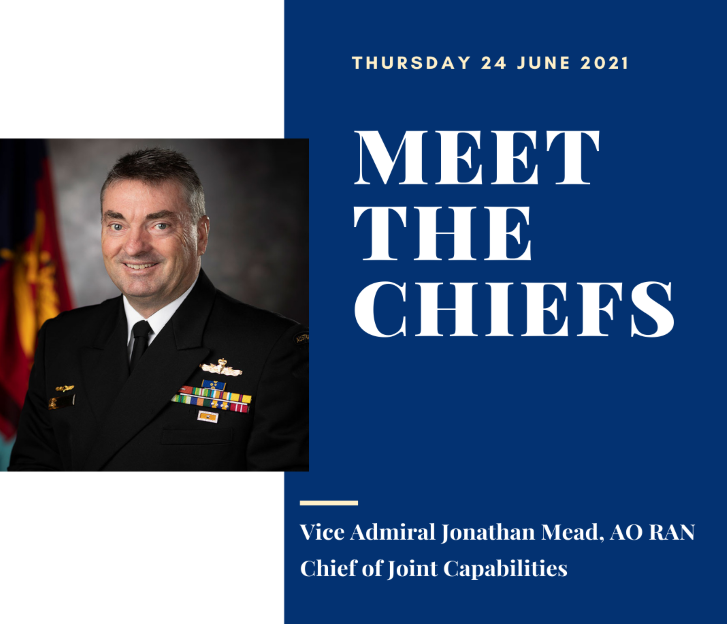