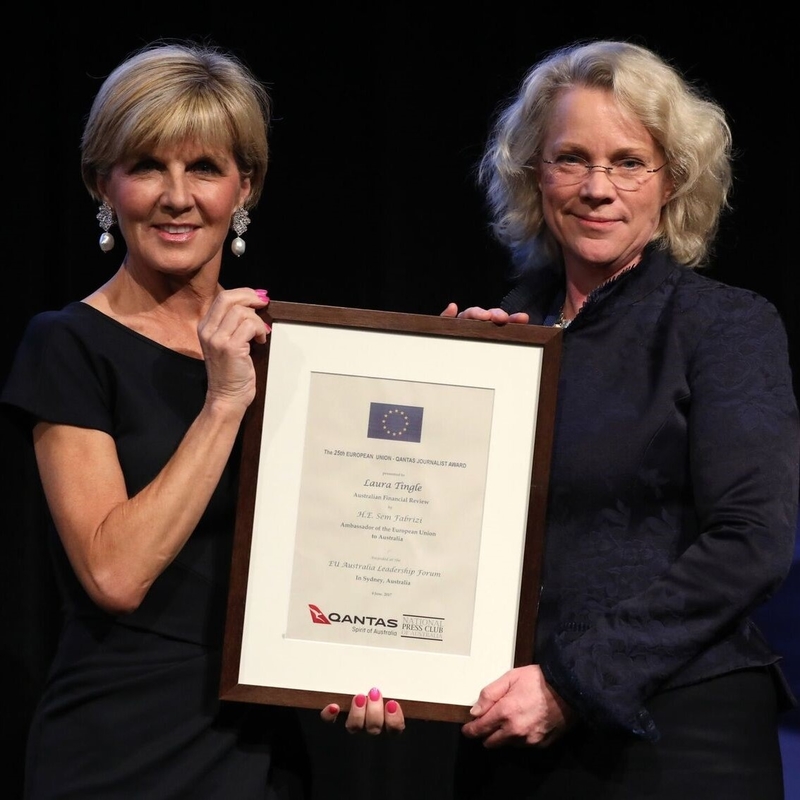 The annual Wallace Brown Award is open to Press Gallery journalists of any medium, aged up to 30 years of age, who have been working in the Press Gallery with under five (5) years experience.

This prestigious Award honours the contribution to journalism of former veteran press gallery journalist Wallace Brown. The aim is to give recognition to young journalists who, in their first years of working in the Press Gallery, excel in fair reporting.

The winning journalist will receive $1000 and a glass prize piece. The winner’s name will be inscribed on an honour board permanently displayed at the National Press Club of Australia.

Wallace Brown OAM, BA DipJ, one of the longest serving and most respected members of the Federal Parliamentary Press Gallery 1961-1995, was noted for his even-handed reporting of political affairs and his encouragement of young journalists.

After working in Brisbane, London and New York for the Herald and Weekly Times he went to Canberra as the head of bureau for Brisbane’s The Courier Mail.

He was a foundation member and president of the National Press Club, vice-president of the Press Gallery, and a member of the Old Parliament House Redevelopment Committee. In 1995, he was awarded a Medal of the Order of Australia for services to journalism.

In 2002 he wrote Ten Prime Ministers, Life among the politicians (Longueville Press); in 2006 he completed At random: Anecdotes of a lucky life.

The Award is made possible by The Courier Mail, Wallace Brown’s family, and the National Press Club of Australia.

Applicants are required to disclose if their entry or related journalism is or has been subject to any form of litigation such as claims for defamation or libel etc.
In any event, applicants will indemnify the National Press Club, its judges and corporate partners from any claim for damages and other financial settlements awarded by a court