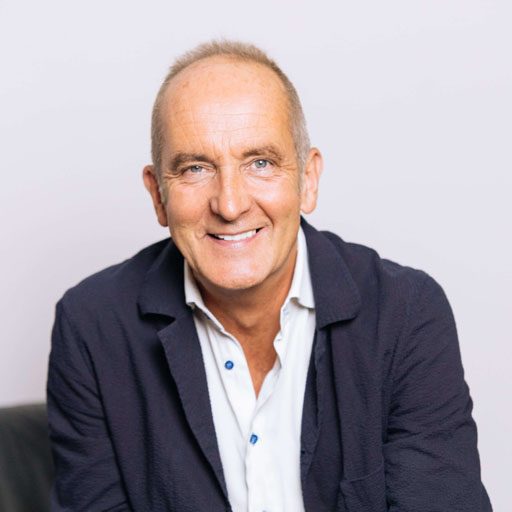 Kevin McCloud will deliver the Australian Institute of Architects’ 53rd Griffin Lecture. Since its first delivery in Canberra in 1961, the Griffin Lecture (named in honour of Walter Burley Griffin and Marion Mahony Griffin) has addressed the big issues in architecture and design.

Kevin is best known for the internationally acclaimed series GRAND DESIGNS, first aired on Channel 4 and now in its 20th year of broadcast.  In 2015 Kevin accepted a BAFTA on behalf of the series, which is now shown around the world in over 100 territories and has seen Australia, New Zealand and now Sweden produce their own homegrown versions.

Kevin’s other TV work for Channel 4 includes Demolition (2005), an urban regeneration series The Big Town Plan (2008), two series about his shed, Man Made Home (2012 and 2013) and an epic recycling series in which he and a team reused an entire commercial aircraft, Kevin’s Supersized Salvage.  In 2015 he travelled to far corners of the globe to explore remote and hostile environments where people are determined to live, in Escape To The Wild. He also wrote and presented his four-hour Grand Tour of Europe in 2009 and spent two and a half weeks in the slums of Mumbai for Channel 4’s 2010 India season, exploring the components of community and the social mechanisms that make slums work.  The two one-hour programmes are still used as a resource in teaching human geography.

In 2019 he wrote and presented Grand Designs: The Street, following ten households as they embarked on an epic five-year community project to construct their own homes as part of Britain’s biggest self-build project at Graven Hill in Bicester.  He has also fronted four series of Grand Designs: House of the Year, a joyous series in which he visits cutting-edge new homes across the country, all in the running for the prestigious RIBA House of the Year award.

Kevin broadcasts extensively about design and architecture, and for many years covered, live, the pre-eminent UK architectural competition The Stirling Prize for Channel 4. His finest non-architectural hour came in November 2008, when he appeared as the Star in a Reasonably-Priced Car on Top Gear. He finished with a time of 1:45.87, second on the leaderboard behind Jay Kay, who finished with 1:45.83. So just to be clear, he was really, really fast and nearly won.

He describes his career as the ‘road less travelled’, the ideal training for a television presenter.  He has written for most national newspapers and authored books on subjects as diverse as traditional paint, lighting, architecture, self-build and sustainability. He ran for years a design and manufacturing business and in 2007 started HAB, an ethical developer which has since constructed over 500 sustainable homes on highly innovative schemes typified by award-winning architecture and avant-garde public realm design. The firm recently procured a project in North Bristol, which has been honoured by the World Economic Forum as one of a handful of exemplar sustainable new communities on the planet.

Kevin still enjoys repairing gearboxes and old chairs, skills acquired from his father, an engineer who designed test systems for rockets. He lives in the West Country, plants trees, draws, paints and likes mountains. He was awarded an MBE in 2014, is an Honorary Fellow of the RIBA and of the Institute of Chartered Foresters, has two Honorary Doctorates from Plymouth and Oxford Brookes, and is an Honorary Fellow of Cardiff University.

The Griffin Lecture is proudly supported by GHDWoodhead.

This speaker's address has sold out.