Chair, APRA Board of Directors 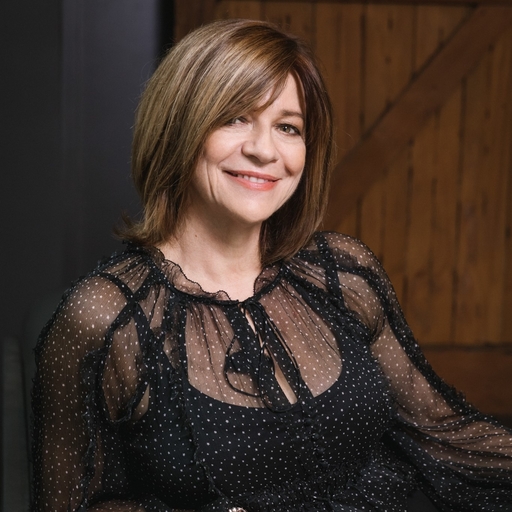 Aside from the early 1980s, it used to be that there was a wait of many years between Australian artists breaking internationally.

From the Little River Band to ACDC, Air Supply, David Hirschfelder, Men at Work, INXS to Savage Garden the road to global success was hard fought. Fast forward to 2020 and there are now more Australian artists across a diversity of genres succeeding in international markets than ever before. Foreign revenue for Australian music has doubled in the last five years.

The profile and growth of Australian music over the last few years has been simply amazing to watch. Sia, Iggy Azalea, Gotye, Courtney Barnett, Vance Joy, Flume, RUFUS, Alex Lahey, Alison Wonderland, Middle Kids, Tash Sultana, Amy Shark and Stella Donnelly are just some of the Australian artists who have written and recorded and appeared live on stages and screens across the world in recent years.

Australia now has the opportunity to be one of only a handful of nations to be a net exporter of music. But we need to get the policy, investment and industry settings right.

As Australia tackles a post-COVID economic recovery, this speech from Jenny Morris, a luminary of Australian and New Zealand music, will point to a sector that has not only adapted to technological change and digital disruption but also helps to define who we are as a nation, is a central pillar of our health and well-being and is a key driver of learning in schools.

The speech will be followed by an industry panel, a Q&A and a music performance.

Jenny Morris has been a songwriter, performer and recording artist since 1980 with three top 5 and four top 20 singles in Australia and similar success in her homeland New Zealand. Jenny has recorded nine albums gaining gold, platinum and multi-platinum status in the process and won back to back ARIA awards for best female vocalist. Jenny was inducted into the NZ Music Hall of Fame in 2018 by Prime Minister Jacinda Ardern.

Jenny cut her musical teeth in the all-female band Wide Mouth Frogs. She then rose to prominence in the 1970s as the lead singer of the new wave/pop act The Crocodiles, alongside Bruno Lawrence and Fane Flaws. She gained recognition recording and touring with INXS as a backing singer in the mid-80s.

Jenny’s reign as a luminary of the Australian and New Zealand music industries began with the release of her debut record Body and Soul. A superbly crafted 11 track album, which showcased a powerful voice and a sharp pop/rock prowess, it paved the way for Jenny’s second album, 1989’s Shiver, produced by Andrew Farris (INXS).

Jenny’s success took her on the road internationally and in 1990 she opened for Prince in Europe, before returning to the studio to record her third album Honeychild released in 1991. It reached #4 in the Australian chart and included the smash hit ‘Break In The Weather’. The albums Salvation Jane, Hit and Myth, and Clear Blue In Stormy Skies followed, cementing Jenny as one of Australasia’s most prolific female songwriters.

Jenny is Chair of APRA, which has been representing the rights of Australian songwriters, composer and publishers since 1926. With over 103,000 members across Australasia, APRA AMCOS’ membership includes the very best and brightest of established and emerging musical talent at home and around the globe.

Gordi is the musical moniker of Australian singer-songwriter-producer, Sophie Payten, from the tiny agricultural town of Canowindra. The Troye Sivan collaborator who has toured with the likes of Sam Smith, Bon Iver, Julien Baker and The Tallest Man On Earth delivered her debut record Reservoir through Jagjaguwar and Liberation Records in late 2017 and her second album Our Two Skins in June 2020.Collaborations with Alex Somers (Sigur Ros), Bon Iver, S. Carey, Big Red Machine, Troye Sivan, Julien Baker and The Tallest Man On Earth have vindicated her industry and peer accolades, including awards from triple j, FBi Radio, APRA, PPCA, and the Australia Council for the Arts. Now a qualified doctor after miraculously completing her medical studies over the course of six years in between international touring and recording, her musical output continues to be steeped in progressive production, yet anchored to classic, stadium-ready songwriting.

John Watson is one of Australia’s leading artist managers. He grew up in North Queensland working part time in record stores and playing in indie bands. After moving to Sydney to finish tertiary studies John wrote for magazines including Rolling Stone before spending four years at Sony Music doing A&R and International Marketing. Since forming his own company with Silverchair in 1995, John Watson Management has launched major artists including Missy Higgins, Gotye, Birds Of Tokyo and Wolfmother. They have also helped to steer the careers of iconic Australian talents including Jimmy Barnes, Cold Chisel, Midnight Oil and The Presets. Four separate JWM clients have received Gold certifications in the U.S.A. They have collectively sold over 15 million albums globally, winning four Grammys and more than 30 ARIA Awards. John is an APRA Ambassador, a Patron of the Association of Artist Managers (AAM) and serves on the board of the music industry charity, Support Act.

Born and raised in South West Sydney, L-FRESH The LION is one of Australia’s most important Hip Hop artists. From live music venues, stadiums and arenas, to the United Nations Headquarters in New York, his music is a powerful statement which speaks of purpose. Breaking ground and exceeding expectations is a recurring theme of this South West Sydney artist, having performed alongside hip hop icons such as Nas, Talib Kweli, Dead Prez, and even the legendary Sir Elton John. Making no exception in 2020, L-FRESH The LION has released his highly anticipated third studio album, SOUTH WEST. A love letter to the place that raised him and continues to inspire him, South West Sydney.

Known for her boisterous costuming, stellar vocal force, tight beats and big brave pop sounds, Ngaiire is a musical force of nature. Drawing on her experiences growing up in Papua New Guinea, Ngaiire has a career that crosses genre and art form. Her work has seen her grace the stages of Glastonbury to Splendour In The Grass, national tours alongside artists as varied as Flume, Sufjan Stevens and Alicia Keys, compose for dance companies and have her work performed at experimental art spaces. Her debut solo album ‘Lamentations’ was released to critical acclaim in 2013 with her second album ‘Blastoma’ released in 2016, peaking inthe ARIA Top 50. Ngaiire’s shows are renown for her fusion of art, fashion and music, she is the recipient of multiple accolades including 4 National Live Music Awards, APRA’s Professional Development Award, an fBI Radio SMAC Award and the inaugural Australian Women In Music Award for Creative Excellence.