The Chief Minister of the ACT, Andrew Barr, will debate the ACT Leader of the Opposition, Alistair Coe, at the National Press Club 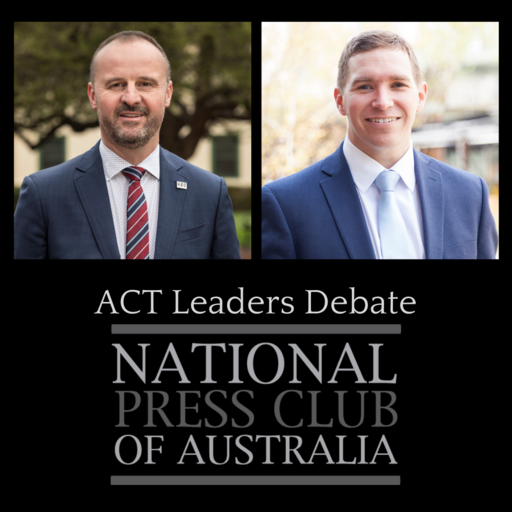 THIS EVENT IS BY INVITATION ONLY.

The Leaders Debate will be moderated by the Presenter of ABC Radio Canberra Mornings, Adam Shirley.

The event will be broadcast live by the ABC.

Andrew Barr has led a positive agenda for Canberra since being elected ACT Chief Minister in 2014. Andrew’s strong and diversified economic agenda has led to record job creation in the ACT, and a consistently low unemployment rate. Prior to COVID-19, Andrew led significant growth in the ACT’s tourism sector, enticing international flights into Canberra and encouraging a booming hospitality industry. Canberra was also ranked by the OECD as the best city in the world to live, and by Lonely Planet as one of the best cities in the world to visit. Andrew has led the ACT Government’s response to COVID-19, and recently announced a $4.9 billion Jobs and Economic Recovery Plan to support Canberra through the public health and economic emergency. Andrew is also the ACT Treasurer, Minister for Trade, Industry and Investment, Minister for Tourism and Special Events and Minister for Social Inclusion and Equality.

Alistair Coe is the Leader of the Canberra Liberals, a role he has held since 2016. A life-long Canberran, he was first elected to the ACT Legislative Assembly in 2008 and has served in a number of portfolios over the last 12 years. Alistair and his wife Yasmin are raising their two young children in Gungahlin.

Adam Shirley is the Presenter of ABC Radio Canberra Mornings, every Monday to Friday from 8.30 – 11.00am. Previously Adam has worked for the ABC as a reporter, presenter and producer across radio, television and online in news, current affairs and at Parliament House. He previously held a role as a reporter on the ABC’s local television current affairs program Stateline ACT.
He’s covered ACT Politics since he began at the ABC in 2006, and is anticipating a closely fought contest in the 2020 ACT Election. Before joining the ABC Adam had a career as a science communicator, where he was responsible for distilling complex scientific issues into straight-forward language for the wider community. Adam grew up in Geelong in regional Victoria but has called Canberra home since 2002.