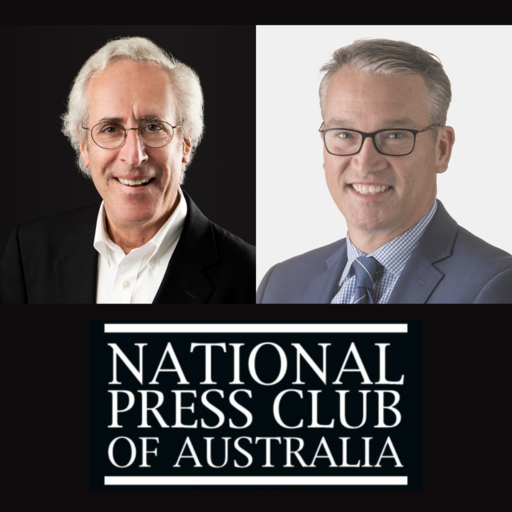 Is this the most important Presidential US election in America’s history ?

The “Leader of the free world” as the President is often described has enormous influence on people’s lives in the US and across the world.

With six days before voting, two of Australia’s foremost commentators on US elections, Bruce Wolpe from the US Studies Centre and Tom Switzer from the Centre for independent Studies, will provide their expert insights as to what is unfolding in the election, what is occurring and why.

What does a second Trump or a new Biden term look like and what are the implications for Australia?

Both men are in their 70s - Mr Trump would be 74 years old at the start of his second term, while at 78, Mr Biden would be the oldest first-term president in history.

With Sabra Lane as moderator – this forum is essential viewing for so many reasons.

Bruce Wolpe is a Senior Fellow (non-resident) at the United States Studies Centre. Bruce is a regular contributor on US politics across media platforms in Australia. In recent years, Bruce has worked with the Democrats in Congress during President Barack Obama's first term, and on the staff of Prime Minister Julia Gillard. He has also served as the former PM's chief of staff.

He is author of a new book, The Committee, a study of President Obama's legislative agenda in Congress (University of Michigan Press, 2018). From 1998-2009, Bruce was a senior executive at Fairfax Media in Sydney. He is also the author of Lobbying Congress: How The System Works (Congressional Quarterly Books, 1990, 1996).

Tom Switzer is the Executive Director at the Centre for Independent Studies.

He is a former senior fellow at the University of Sydney’s United States Studies Centre (2009-17), a former editor of the Spectator Australia (2009-14), senior federal Liberal leader adviser/speech writer (2008), opinion editor of The Australian, (2001-08), editorial writer at the Australian Financial Review (1998-01) and assistant editor at the American Enterprise Institute in Washington, DC (1995-98).

He has written for the Wall Street Journal, New York Times, Washington Post, The Spectator, Financial Times, Foreign Affairs, The National Interest, The American Interest and The American Conservative. He has also appeared on CNN, CNBC, Bloomberg, Al Jazeera, Sky News, SBS, Seven, Nine, Ten and ABC radio and television. He hosts Between the Lines on the ABC’s Radio National.