Securing Australia in the 2020s 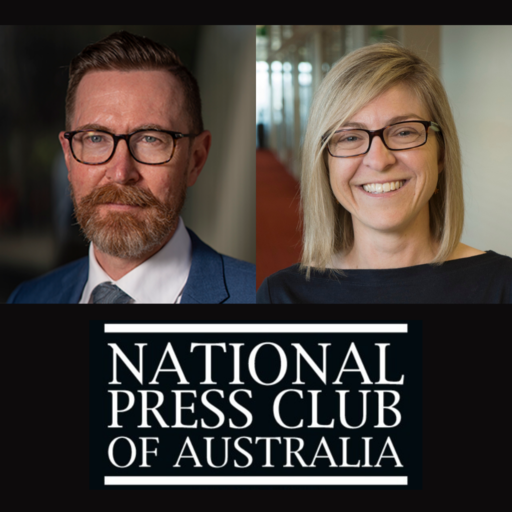 This has been year of global shock: COVID-19 and its economic fallout, intensified strategic struggle around the rise of China, environmental disaster, social turmoil. The world is in for a decade of disruption, and Australia faces a horizon of risk. Yet commentary often overlooks the capability and agency that our nation, a substantial power in every sense, can bring to the challenges ahead. In this presentation, two prominent analysts offer distinct roadmaps for Australia to protect its interests and values in the decade ahead. These involve drawing on the lessons of 2020 and building foundations for new kinds of security, spanning defence, economics, diplomacy, society, information and technology.

Professor Rory Medcalf is Head of the National Security College at the Australian National University and author of Contest for the Indo-Pacific.

Professor Rory Medcalf is Head of the National Security College at the Australian National University. His has three decades of experience across diplomacy, intelligence analysis, think tanks, academia and journalism, including as founding director of the international security program at the Lowy Institute. In government, Professor Medcalf worked as a senior strategic analyst with the Office of National Assessments, Canberra’s peak intelligence agency. He was an Australian diplomat, with experience in India, Japan and Papua New Guinea, and continues to lead informal strategic dialogues with India and several other Indo-Pacific powers. He has contributed to three landmark international reports on nuclear arms control and was on the independent expert panel for Australia’s 2016 Defence White Paper. He has been recognised as a thought leader internationally for his work on the Indo-Pacific strategic concept, as articulated in his acclaimed 2020 book Contest for the Indo-Pacific. He is a member of the ASEAN Regional Forum Register of Experts and Eminent Persons and the board of the National Foundation for Australia-China Relations.

Michelle Price is the CEO of AustCyber, the Australian Cyber Security Growth Network Ltd, part of the Australian Government’s Industry Growth Centres Initiative. She was the inaugural Chief Operating Officer of AustCyber, joining the company in January 2017 and appointed as CEO in April 2018.

Prior to joining AustCyber, Michelle was the first Senior Adviser for Cyber Security at the National Security College within The Australian National University. Before joining the ANU, she held various strategy and risk management roles across the Australian Government, including at the Department of the Prime Minister and Cabinet (PM&C), where she was instrumental to the delivery of the Government’s 2015 Cyber Security Review and 2016 Cyber Security Strategy. Prior to PM&C, Michelle worked in several strategy and risk roles across Government, including in law enforcement and health portfolios.

Prior to Government, Michelle worked on risk management and strategy in Australia’s food industry focusing on the development and implementation of national food safety standards and supply chain management. She has also worked in the advertising industry, in regional Australia.

She holds a Bachelor of Arts (Economics, Business Law) from Macquarie University, a Bachelor of Design (Visual Communications) from the University of Technology, Sydney and is an alumna of the Harvard John F. Kennedy School of Government.

Michelle is passionate about Australia’s cyber security sector enabling all Australian organisations to grow and take advantage of the cyber world. She is also a strong advocate for increasing diversity in the cyber security workforce and inspiring people with the possibilities of cyber innovation.