Chair of Harmony Alliance: Migrant and Refugee Women for Change 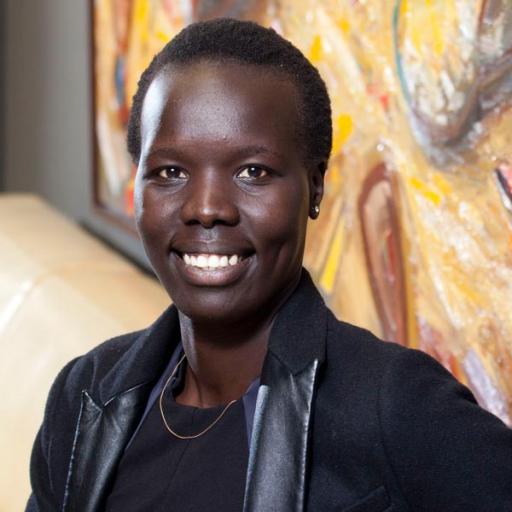 Amid national reckoning, women are proudly demanding to be heard and to be safe—at home, in public, and at work. Yet for many women in Australia—migrant and refugee women, and women of colour—gender equality is only half the pathway to safety and security.

While, for the first time, misogyny is getting the deserved attention, racism is yet to be tackled as the single biggest threat to community safety and cohesion.

As we enter the second decade of the 21st century, there is a growing and pressing need to re-examine our framework for social cohesion.

How do we reinvent multiculturalism for the third modernity? What kind of Australia do we want to be? One where differences are weaponised to divide? Or where they are harmonised to unite?

Drawing on her personal story, Nyadol Nyuon—a trailblazer, human rights advocate and chair of Australia’s migrant and refugee women’s alliance—will reflect on intersectionality, identity and belonging in charting a roadmap for social cohesion.

She will launch the report of the very first comprehensive study of Australian migrant women – Migrant and Refugee Women in Australia: The Safety and Security. Jointly conducted by Harmony Alliance and Monash Migration and Inclusion Centre, it is among a handful of studies in the world to comprehensively focus on migrant and refugee women’s experiences with safety and security, victimisation, and their trust in communities and institutions.

Nyadol Nyuon is a lawyer, human rights advocate, and Chair of Harmony Alliance: Migrant and Refugee Women for Change. She was born in a refugee camp in Itang, Ethiopia, and raised in Kakuma Refugee camp, Kenya. In 2005, at the age of eighteen, she moved to Australia as a refugee. Since then, Nyadol has completed a Bachelor of Arts from Victoria University and a Juris Doctor from the University of Melbourne. She now works as a senior consultant with the Victorian Government. She previously worked as a commercial litigator with Arnold Bloch Leibler. Nyadol is a vocal advocate for, and a regular media commentator on, human rights, equality and non-discrimination.

Rebecca Wickes is an Associate Professor and the Director for the Monash Migration and Inclusion Centre at the School of Social Sciences, Monash University. She is the lead investigator of the Australian Community Capacity Study, a multi-million, multisite, longitudinal study of place. Rebecca’s research focuses on physical and demographic changes in urban communities and their influence on social relationships, inclusion, safety and the concentration of social problems. Rebecca is a board member of the International Migration, Integration and Social Cohesion in Europe (IMISCOE) Network, a member of the Editorial Committee for IMISCOE, an international corresponding editor for Urban Studies and the Associate Editor for the Journal of Criminology.

Marie Segrave is an Associate Professor, Deputy Director of the Monash Migration and Inclusion Centre and a Key Researcher with the Monash Gender and Family Violence Prevention Centre, Monash University. She leads research nationally and internationally on the interconnections between migration, labour and border regulation, exploitation and abuse. Marie has contributed groundbreaking projects on temporary migration and domestic and family violence. Marie undertakes research within Australia and internationally, with government, non-government and international collaborators including UN Women and the International Labour Organization.