Secretary of the Department of Foreign Affairs and Trade 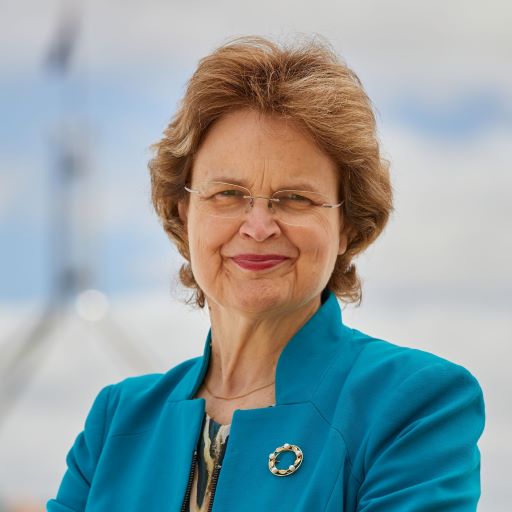 In the first address to the National Press Club by a female APS Secretary, Frances Adamson will reflect on a 36 year diplomatic career and Australian diplomacy in 2021.

Frances Adamson has led the Department of Foreign Affairs and Trade as Secretary since 2016. Prior to her appointment as Secretary, Ms Adamson was International Adviser to the Prime Minister the Hon Malcolm Turnbull MP.

From 2011 to 2015, Ms Adamson was Ambassador to the People's Republic of China. She served in the Australian Consulate-General in Hong Kong in the late 1980s during the early years of China's reform and opening. From 2001 to 2005, she was seconded as Representative to the Australian Commerce and Industry Office in Taipei.

Ms Adamson has twice served in the Australian High Commission in London, as Deputy High Commissioner from 2005 to 2008 and as Political Counsellor from 1993 to 1997.

Ms Adamson is a member of the Export Finance Australia Board, the Advisory Board of the Australian National University's National Security College, the Asia Society Australia Advisory Council and the National Foundation for Australia-China Relations. Ms Adamson is a member of the Champions of Change Coalition and Chief Executive Women. She was awarded a Sir James Wolfensohn Public Service Scholarship in 2015 and was made a National Fellow of the Institute of Public Administration (IPAA) in September 2019.

Ms Adamson has a Bachelor of Economics from the University of Adelaide and was a recipient of a 2014 Distinguished Alumni Award. She joined the then Department of Foreign Affairs in 1985.

Ms Adamson will complete her term as Secretary of the Department of Foreign Affairs and Trade in July. She will be sworn in as Governor of South Australia in October.