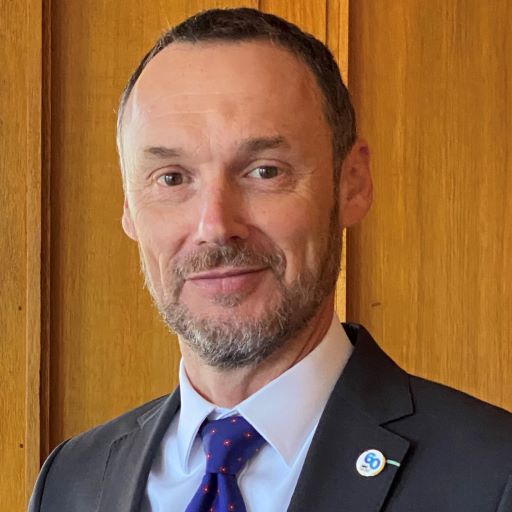 David Fricker is the Director-General of the National Archives of Australia. He is an information systems and management specialist with a career spanning decades, in both government and the private sector.

David has worked on major Federal and ACT Government projects in defence, science, immigration, finance, health and intelligence. Prior to his appointment as Director General of the National Archives in 2012, David worked at the Australian Security Intelligence Organisation, first as Chief Information Officer then as Deputy Director-General.

He joined the National Archives to lead a digital archiving transformation, ensuring that the memory of the nation remains reliable, relevant and accessible for future generations of Australians. His strategic focus has been on developing a ‘digital archive’; preserving primary-source paper, audiovisual and born-digital records; and enhancing the public’s access to and engagement with archival resources and management.

Under David’s leadership, the National Archives has embraced measures to ensure the work of public officials is captured and kept as a trusted national resource that holds government to account, upholds human rights and empowers Australia’s knowledge society.

In 2015, David was made Knight of the Order of Arts and Letters (Chevalier de l’Ordre des Arts et des Lettres) by the Republic of France.