Towards COP26: Hopes and Expectations 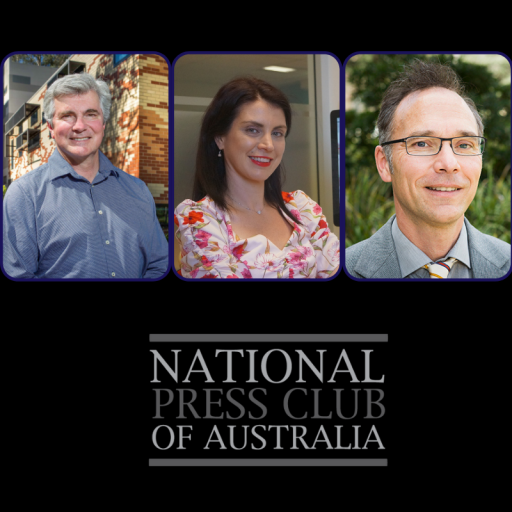 Tune in to hear three climate experts: Prof. Mark Howden, Director of the Institute for Climate, Energy & Disaster Solutions at The Australian National University; Dr Sarah Perkins-Kirkpatrick, Senior Lecturer/ARC Future Fellow in the School of Science, UNSW Canberra and chief investigator with the ARC Centre of Excellence for Climate Extremes; and Prof. Frank Jotzo, Professor of environmental economics and climate change economics at the ANU Crawford School of Public Policy, where he directs the Centre for Climate and Energy Policy.

Professor Mark Howden is Director of the Institute for Climate, Energy & Disaster Solutions at The Australian National University.

He is also an Honorary Professor at Melbourne University, a Vice Chair of the Intergovernmental Panel on Climate Change (IPCC) and is Chair of the ACT Climate Change Council. He was on the US Federal Advisory Committee for the 3rd National Climate Assessment, was a member of the Australian National Climate Science Advisory Committee and contributes to several major national and international science and policy advisory bodies.

Mark has worked on climate variability, climate change, innovation and adoption issues for over 30 years in partnership with many industry, community and policy groups via both research and science-policy roles. Issues he has addressed include agriculture and food security, the natural resource base, ecosystems and biodiversity, energy, water and urban systems.

Mark has over 420 publications of different types. He helped develop both the national and international greenhouse gas inventories that are a fundamental part of the Paris Agreement and has assessed sustainable ways to reduce emissions. He has been a major contributor to the IPCC since 1991, with roles in the Second, Third, Fourth, Fifth and now Sixth Assessment Reports, sharing the 2007 Nobel Peace Prize with other IPCC participants and Al Gore.

Sarah Perkins-Kirkpatrick is a Senior Lecturer/ARC Future Fellow in the School of Science, UNSW Canberra.

She is also a chief investigator with the ARC Centre of Excellence for Climate Extremes and is the recipient of the 2021 Australian Academy of Science Dorothy Hill medal. Sarah received her PhD in 2010 from the Climate Change Research Centre at UNSW Sydney, where she also worked from 2011-2020.

As a climate scientist specialising in extreme events, Sarah’s expertise focuses on heatwaves and event attribution. She leads pioneering research on how to measure heatwaves and their changes in the observational record. Sarah has analysed how heatwaves will change under various scenarios of global warming, both over Australia and globally. She is also interested in how natural climate variability drives heatwaves, as well as employing detection and attribution methods to understand how climate change influences specific extremes and their impacts.

Sarah has co-authored 80 publications throughout her career, most of which focus on extreme heat in a changing climate. She is also passionate about science communication, and regularly comments on heatwaves, climate extremes and climate change in both the Australian and international media.

Frank Jotzo is Professor of environmental economics and climate change economics at the ANU Crawford School of Public Policy, where he directs the Centre for Climate and Energy Policy.

Frank Jotzo as senior authorship roles with the Intergovernmental Panel on Climate Change and is joint editor-in-chief of the journal Climate Policy. He leads research on topics including decarbonisation strategies, economics of energy transition, policy instruments for climate change and environment, and international trade and investment. He has advised national and state governments, international organisations and businesses.