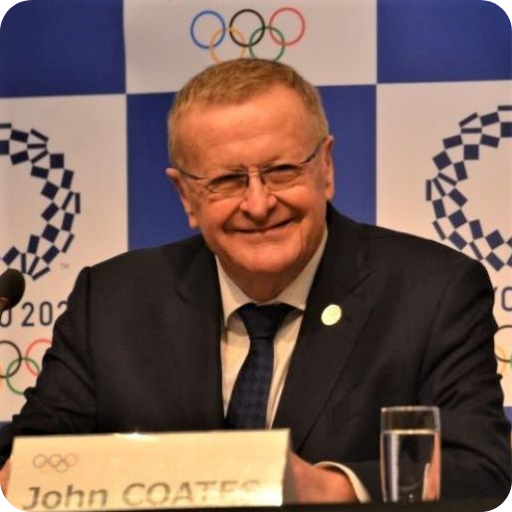 This address will be conducted remotely in accordance with Covid-19 public health restrictions. There will be no in-person attendees, and the address will be broadcast live via ABC TV and iview.

Following the end of the Tokyo Olympics and Paralympics, and the announcement of Brisbane 2032, Australian Olympic Committee President John Coates AC will address the National Press Club on "Tokyo and Beyond".

He was Chair of the IOC Tokyo 2020 Olympic and Paralympic Games Coordination Commission which oversaw the preparations for, and successful delivery of, those first-ever postponed Games. He is Deputy Chair of the 2032 Brisbane Olympic Candidature Leadership Group and was instrumental in securing those Games for Australia by a vote of the IOC on 21 July 2021.

Mr Coates has been President of the International Council of Arbitration for Sport and Court of Arbitration for Sport (CAS) since 2011; and, Chair of the Australian Olympic Foundation since its establishment in 1995. The Foundation currently has net assets of $182 million after distributions to the AOC of $133 million since 2001. As Chef de Mission, Mr Coates led the Australian Olympic Teams in Seoul 1988, Barcelona 1992, Atlanta 1996, Sydney 2000, Athens 2004 and Beijing 2008. He held other senior Australian Team positions in Montreal 1976, Moscow 1980 and Los Angeles 1984.

He was a Council Member of the International Rowing Federation (FISA) for 22 years; Honorary Secretary, then President of the Australian Amateur Rowing Council for 9 years; former Deputy Chairman of the Australian Institute of Sport and Sports Commission for 14 years; and, former Board member of the Sydney Olympic Park Authority for 11 years.

Mr Coates is a graduate in law (LLB) from Sydney University (1969-1972) and Chair of thoroughbred horse auctioneers, William Inglis & Son Ltd since 2007. He served on the Board of David Jones Limited for 17 years, the last 8 as Deputy Chair.

He was awarded the IOC’s highest honour – the Olympic Order in Gold at the Closing Ceremony of the Sydney Olympics and the FISA Medal of Honour during those Games. He was awarded the Australian Sports Medal in 2001 “for service to the Olympic Movement” and the Centenary Medal in 2003 “for outstanding service to the development of elite sport in Australia”.

In 2006 Mr Coates was appointed to Australia’s highest civilian honour as a Companion in the General Division of the Order of Australia (AC) “for service to the development of sport nationally and internationally through the Olympic movement promoting the well being of youth and values of tolerance, understanding, peace and mutual respect between peoples of the world”. He was previously appointed a Member (AM) and Officer (AO) of the Order of A