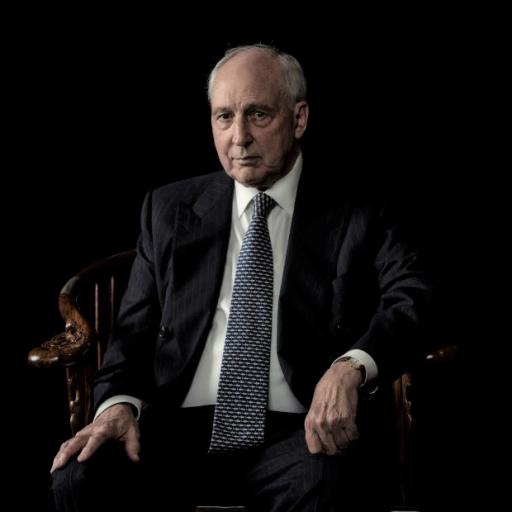 Paul John Keating was born in Sydney on 18 January 1944. In 1969 Mr Keating was elected to the House of Representatives as the Member for Blaxland. In 1975 he became the youngest ever federal Minister and held the portfolio of Minister for Northern Australia in the Whitlam Cabinet.

Between 1976 and 1983 Mr Keating served in the Opposition Shadow Ministry and was spokesperson for a number of portfolios including agriculture, minerals and energy. During this period Mr Keating was also President of the NSW Branch of the ALP.
When the ALP was returned to Government in March 1983, Mr Keating became Treasurer, a position he held until 1991.

Mr Keating became Prime Minister in December 1991 and led the ALP to a historic fifth term of Government in March 1993. As Prime Minister he continued his progressive reform program which included the establishment of a National Training Authority, a national superannuation scheme to redress low national savings and labour market and training reforms which addressed Australia's long-term unemployment problems.

Other key achievements of the Keating Government included the review of the Sex Discrimination Act, the historic Mabo legislation which recognised the land rights of Australia's indigenous people and the introduction of legislation ensuring protection of endangered species.

Following the defeat of the ALP in March 1996, Mr Keating resigned from Parliament. Mr Keating married in 1975. He has four children, Patrick, Caroline, Katherine and Alexandra.