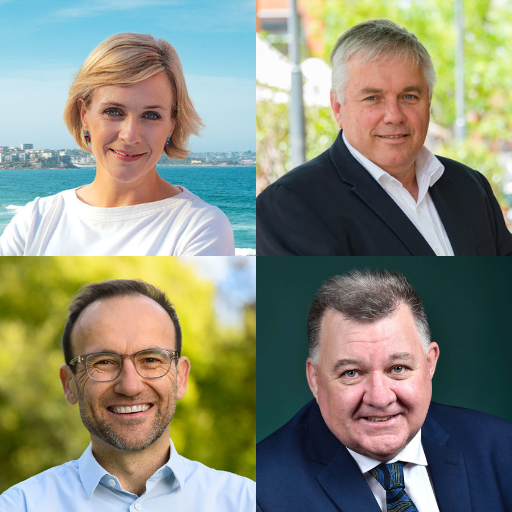 Monday, 16 May 2022
The National Press Club of Australia

The NPC is  hosting  a forum that allows voters to understand the role and positions of the cross bench in the House of Representatives where the government is formed.

We have  invited all the current cross bench to attend.

The format hosted by Laura Tingle President of the NPC  proposal  will a series of questions to the panel which they will each member  get 90 seconds to answer.

The questions will aim to address some high profile issues – whether or not they are relevant to who forms government, for example, on the minimum wage case, hospital funding etc. – and questions which may influence how crossbenches may decide who gains their support for supply and confidence in the case of a hung parliament.

Each member of the panel will be given 90 seconds to give finishing statements in which they can flesh out any policy issues on their platforms, or comment on or respond to comments made by other panellists.

Zali Steggall OAM is an Australian politician, lawyer, and former Olympic athlete, who has served as Member of Parliament for the Division of Warringah since 2019

Adam Bandt is an Australian politician and former industrial lawyer who is the leader of the Australian Greens and federal MP for Melbourne.

Rex Patrick is an Australian politician who has been a Senator for South Australia since November 2017.

He was appointed to the Senate to fill a casual vacancy caused by the resignation of Nick Xenophon.

Craig Kelly MP is a member of the Australian House of Representatives and represents the electorate of Hughes, in New South Wales.

Craig and his wife Vicki care for their son Trent, who was born with Down Syndrome and later diagnosed with autism.

One of Australia's best journalists and top political analysts, she's spent most of her 35-year career in journalism reporting on Australian federal politics, and the country's major policy debates.

A journalist, author and essayist, she was formerly the political editor of The Australian Financial Review.