Chair of the Cyber Industry Advisory Committee and CEO of Telstra. 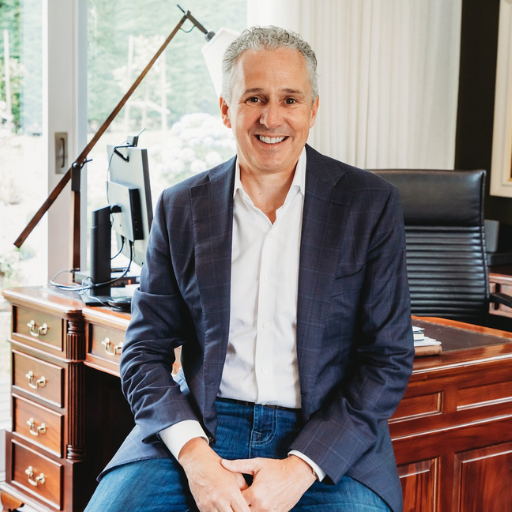 Andy Penn, Chair of the Cyber Industry Advisory Committee and CEO of Telstra will address the National Press Club of Australia. The 2021 ASG Excellence in IT Journalism Award will be awarded at this event.

Andy Penn became the CEO and Managing Director of Telstra, Australia’s largest telecommunications company, on 1 May 2015.  At Telstra Andy is leading an ambitious change program transforming Telstra to be positioned to compete in the radically changing technology world of the future with 5G at its core.

Andy has had an extensive career spanning more than 4 decades across 3 industries - telecommunications, financial services and shipping.  He joined Telstra in 2012 as Chief Financial Officer.  In 2014 he took on the additional responsibilities of Group Executive International.

Prior to Telstra, Andy spent 23 years with the AXA Group, one of the world’s largest insurance and investment groups.  His time at AXA included the roles of Chief Executive Officer 2006-2011 AXA Asia Pacific Holdings and Chief Financial Officer.  At AXA, Andy was instrumental in building one of the most successful Asian businesses by an Australian company sold to its parent in 2011 for more than A$10bn.

Andy will retire as Telstra's CEO on 1 September 2022, and will be replaced by Vicki Brady, currently Telstra's CFO.

Chairman of the Australian Government’s Cyber Security Industry Advisory Committee; Chairman of the Business Council of Australia’s Digital Economy Committee; Board Director of the Groupe Speciale Mobile Association (GSMA) and Chairman of its Business Advisory Group; Member of the Council of Trustees of the National Gallery of Victoria; Patron, on behalf of Telstra, of the National and Torres Straights Islanders Arts Awards (NATSIAA); Life Governor of Very Special Kids and an Ambassador for the Amy Gillett Foundation.  He also serves on the advisory boards of both The Big Issue Home for Homes and JDRF.

Andy has a national diploma in business studies (with distinction), is a Fellow of the Chartered Association of Certified Accountants, holds an MBA from Kingston University and is a graduate of Harvard’s Advance Management Program.  In 2008 Andy was recognised as Insurance Executive of the year in the Australian Banking and Finance Awards and in 2016 he was made an honorary fellow of the Australian Institute of Project Management.  In 2018 Andy was named by the Financial Times among the top 10 male leaders globally HERoes list supporting women in business.  In 2019 he was named by the Australian Financial Review as among the top 10 most powerful people in business.  In 2020 Andy was awarded the Creative Partnerships Australia Business Leadership Award for an exceptional contribution to Australia’s cultural life through engagement between Business and the Arts.