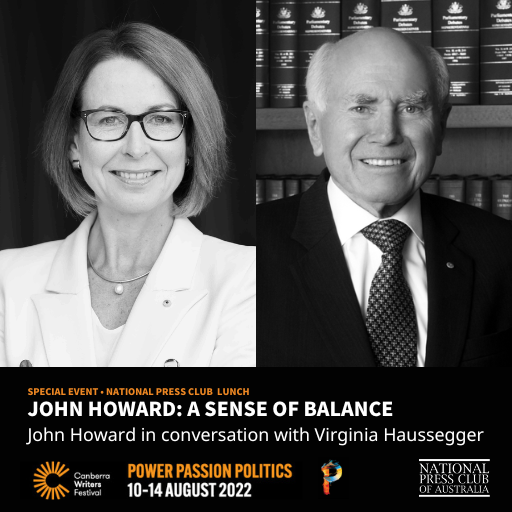 Written against the backdrop of the COVID-19 pandemic, as well as some of the more contested political events of recent years — the election of Donald Trump, the Brexit vote, the rise of China, and, within our own country, a carousel of six prime ministers in eleven years — A Sense of Balance reflects on how Australia has responded to pressure over the last decade. In it, Australia's 25th and second longest-serving prime minister expresses his faith in our country's institutions and people to remain robust in the face of destabilising challenges and extremes.

John Howard was the 25th Prime Minister of Australia, serving from March 1996 to December 2007. Despite an early meteoric rise to become Australia's Treasurer at 38, the self-described economic radical and social conservative found himself sidelined by his own party. After many years in the political wilderness, Howard bounced back, led the Coalition to a resounding victory, then got to work on his reform agenda.

Virginia Haussegger AM is a passionate women’s advocate and communication specialist. She is also an award-winning television journalist, writer and commentator whose extensive media career spans more than 25 years. In 2014 Virginia was made a Member of the Order of Australia (AM) for service to the community as an advocate for women's rights and gender equity, and to the media