The Prime Minister of Australia

Building for a Better Future 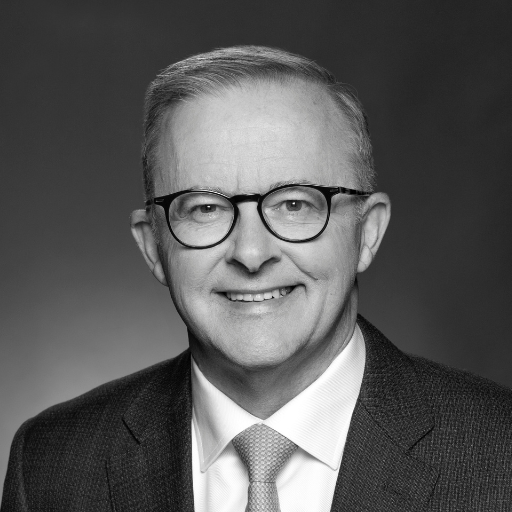 The Hon Anthony Albanese MP was sworn in as Australia’s 31st Prime Minister on 23 May 2022.

Anthony Albanese previously served as Deputy Prime Minister and Leader of the House of Representatives.

As Infrastructure Minister and Communications Minister, he delivered nation-building projects, connecting the country through thousands of kilometres of roads and rail, and rolling out the high-speed fibre National Broadband Network.

He was widely recognised for his ability to bring stakeholders, businesses, and communities together to deliver projects that boosted the economy, enhanced productivity, and improved Australia’s quality of life.

Anthony was first elected to the Australian Parliament as the member for the Sydney seat of Grayndler in 1996.

In 2019, he was unanimously elected as the Leader of the Australian Labor Party.

Anthony grew up with his mother, Maryanne, in a council house in Sydney.

As he watched his mum juggling the challenges of life on a disability pension, Anthony came to understand the power of a parent’s love in the face of hardship – and the power of government to change lives for the better.

This knowledge still drives him today – both as Prime Minister and as a father – as he works to building a stronger Australia to hand to his son Nathan’s generation.