Stand & Deliver: 50 Years of the National Press Club of Australia

Stand & Deliver brings together the best speeches of the past fifty years, including many of the giants of recent Australian and international history such as Bill Gates, the Dalai Lama, Barry Humphries, Germaine Greer and prime ministers from Robert Menzies to Tony Abbott.

“Over the course of its fifty-year history, the National Press Club has established itself as an integral part of Australia’s mainstream political and media culture. It has become … a national institution. Its role as the pre-eminent national forum for public policy discussion and debate remains of foremost importance. I believe this book captures the significance of that role, and the role it will hopefully continue to play as long as journalism continues to prosper.”

-Laurie Wilson, President of the National Press Club of Australia

Here is an illuminating and entertaining journey through the last fifty years of public debate and discourse that have shaped our nation and the world. 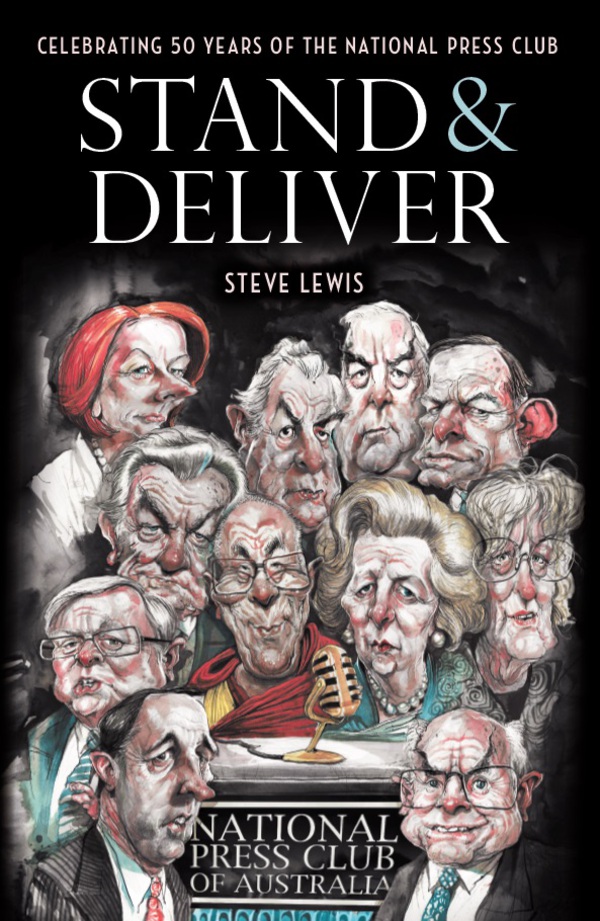