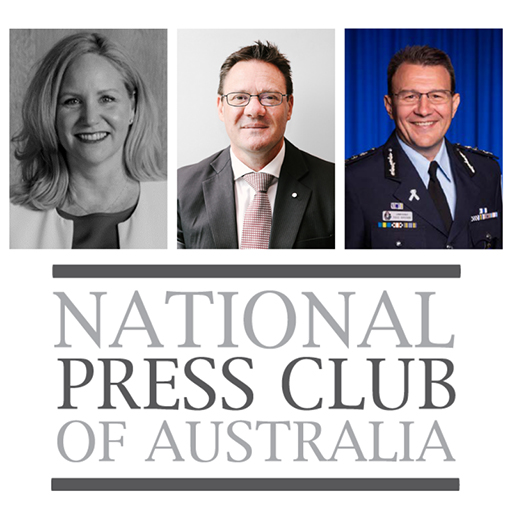 Australian authorities have noticed a number of disturbing trends in recent years: the severity of violence used against children is increasing and the age of victims is getting younger; the volume and dissemination of violent child abuse material is escalating; and we’re seeing the emergence of self-produced child sexual exploitation material. Countering child sexual exploitation and abuse in the physical and online world is a priority for the Home Affairs Portfolio. Heads of the Australian Federal Police, Australian Transaction Reports and Analysis Centre, and Australian Criminal Intelligence Commission come together to discuss this insidious crime.

Before joining AUSTRAC, Nicole was Deputy Secretary Criminal Justice Group in the Attorney-General’s Department. Prior to that she was Deputy CEO of the Australian Criminal Intelligence Commission, CEO of CrimTrac, and Director of the Office of the NSW Police Commissioner. Nicole also held senior roles in the NSW Premier’s Department, Ministry for Police, and Serious Offenders’ Review Council (NSW Department of Corrective Services).

Nicole was awarded a Public Service Medal in 2013, for her services to policing.

As CEO of the ACIC, Mr Phelan is responsible for ensuring delivery of national policing information systems and services to Australian police and law enforcement partners.

He is also responsible for management and administration of the ACIC’s intelligence operations and specialist capabilities.

As Director of the AIC, Mr Phelan is responsible for leading Australia’s national research and knowledge centre on crime and justice.

In 2008, Mr Phelan was awarded the Australian Police Medal.

He holds a Degree in Commerce, an Honours Degree in Law and a Masters in Business Administration from Melbourne Business School.

Commissioner Reece Kershaw is a career Police Officer, joining the Australian Federal Police (AFP) in 1988 as a Constable within the ACT region. Throughout the early years of his career, he worked in General Duties and Criminal Investigations as a Detective. Commissioner Kershaw was also seconded to the National Crime Authority and the Australian Crime Commission.

In 1999, Commissioner Kershaw moved to the AFP Perth Office and worked in Operations and Close Personal Protection. In 2003, Commissioner Kershaw was promoted to Superintendent, undertaking various leadership roles in the investigation of victim-based crime, high tech crime operations and deployments on overseas postings to the Netherlands, East Timor and The Solomon Islands. In 2010, he was promoted to Commander, leading Serious and Organised Crime investigations.

Commissioner Kershaw was a Visiting Fellow for the Police Executive Leadership Program at the Australian Institute of Police Management and has completed the Australia New Zealand Police Leadership Strategy Program. He is a Graduate of the Federal Bureau of Investigation Law Enforcement Executive Development Program and the Australian Institute of Company Directors. Commissioner Kershaw also holds a Master of Business Administration, Graduate Certificate in Business (Banking) and a Certificate in Business (Europe).

Commissioner Kershaw was a recipient of the NTPF Outstanding Leadership Medal, and in 2016, he was awarded the Australian Police Medal in the Australia Day Honours.