Regionalisation – the time is now 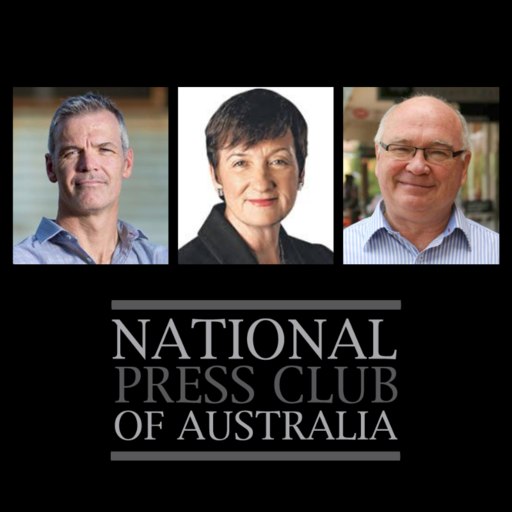 The COVID-19 pandemic has shown that business really can be done from almost anywhere. For many, it has put the dream of a tree change in reach.

Right now Australia has a 1 in 100 year moment for regional Australia to make its case to governments and urban Australians alike, and articulate a vision for what our regions could become with the right encouragement, policy and investment. And, establishing a regionalisation agenda is not just about forging a better lifestyle for Australians. If done right, it’s shot in the arm for an ailing national economy. Hear from the leaders of three of Australia’s most listened-to industry bodies, as they map out their collective plan for the bona fide successful development of our regions and what government, business and communities need to do to make it happen.

Tony Mahar is the Chief Executive of the National Farmers’ Federation – the peak industry body for Australia’s farm sector, and one of the country’s most respected advocacy organisations.

Tony has led the NFF since 2016, prior to which he served as the Deputy Chief Executive with responsibility for the organisation’s policy and advocacy agenda.

He sits on and chairs a wide range of government advisory bodies, providing expert guidance to shape the agenda for Australia’s food and agriculture sector.

As CEO of the NFF, Tony has driven the creation of the industry’s 2030 Roadmap – a long term strategy to grow agricultural output to $100 billion by 2030 – which now forms part of the agriculture policies of both major parties.

Prior to joining the NFF, Tony held roles at the Australian Food and Grocery Council and Commonwealth Department of Agriculture spanning sustainability, global trade and industry policy.

Tony holds a Bachelor in Agricultural Commerce from the University of Sydney, a Masters of Business – Industry Policy from the Australian National University, and is a graduate of the Australian Institute of Company Directors.

As a senior partner at KPMG, Jennifer advised major corporations on climate change and sustainability and advised governments across Australia on significant reform priorities.

Since 2013, Jennifer has served as a Non-Executive Director of Wesfarmers Limited.

Jennifer is an Adjunct Professor at the City Futures Research Centre of the University of NSW. She is the inaugural Chair of the Board of Studio Schools of Australia, a patron of Mental Health Australia, the Co-Patron of Pride in Diversity, and a patron of the Pinnacle Foundation. In 2018, Jennifer was made an Officer (AO) in the General Division of the Order of Australia.

Peter Strong
Peter Strong is the CEO of Council of Small Business Organisations of Australia and has been in this role since June 2010.

Peter participates in various advisory groups to the Australian government including: Chair of the Digital Business Council, former Chairman of Treasury’s Business Advisory Forum on Standard Business Reporting (SBR); a Board member of the Black Economy Board; the Digital Experts Committee (PM&C), the peak VET Stakeholders Committee (DESE); various mental health committees, and a member of the Australian Tax Commissioner’s small business stewardship group as well as similar committees for the ACCC, ASIC and the Fair Work Commission.

Peter has given two nationally televised speeches at the National Press Club of Australia focussing on workplace relations and red tape in his first speech and the removal of centralised decision making and empowerment of small business communities in his second speech.

Previously Peter has worked extensively in developing economies, including Turkey, Vietnam and Kyrgyzstan, and also in China as part of World Bank and United Nations projects on micro economic reform and business development.

Peter also owned Smiths Alternative Bookshop in Canberra for many years successfully converting it to a music and arts venue.

This event is in partnership with the National Rural Press Club.