CEO of The Healing Foundation 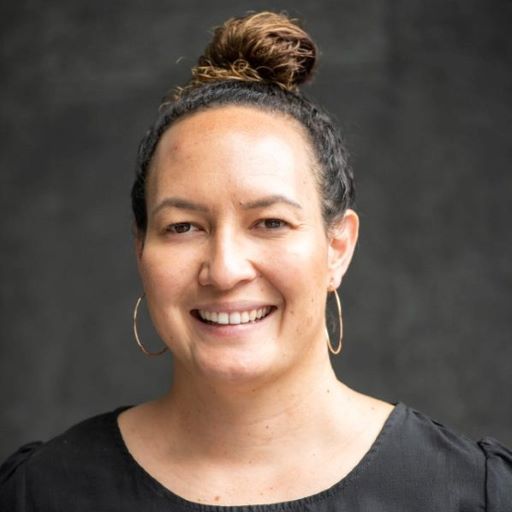 We are a nation, made up of many nations, in need of healing.

We need to recover from the trauma arising from colonisation, brutal past government assimilation policies, and ongoing systemic racism. Assimilation policies that led to the Stolen Generations continued right up until the 1970s.

Stolen children lost connection to family, land, culture, and language, and were taken to homes and institutions where they were often abused, neglected, and unloved. The mothers, fathers, families, and communities who were left behind also suffered from their loss.

The removal of children created cycles of intergenerational trauma, where trauma responses and their impact were not only suffered by subsequent generations, but also compounded by contemporary traumas.

On 2 June 2021, at the National Press Club of Australia, the Healing Foundation will release its “Make Healing Happen: It’s time to act” report. The report sets out a plan with recommendations to achieve real and lasting healing for Stolen Generations survivors and to deliver and promote intergenerational healing. It also highlights actions and recommendations from the 1997 Bringing Them Home report, that still require proper government responses almost quarter of a century later.

The Healing Foundation will also launch a companion report, which it commissioned from the Australian Institute of Health and Welfare (AIHW) - Aboriginal and Torres Strait Islander Stolen Generations aged 50 and over: updated analyses for 2018-19. This report presents the most up-to-date detailed comparative analyses on a range of health and socioeconomic characteristics between the Stolen Generations aged 50 and over, other Aboriginal and Torres Strait Islander people who are also aged 50 and over but who were not removed from their families, and the general non-Indigenous population aged 50 and over.

Together, these reports represent the unmet and growing needs in health, aged care, education, social justice, and equity for survivors and their families.

The Make Healing Happen report tells policy makers how to restore dignity for those who have suffered and how to ease the burden they had no say in having to carry. It recognises the centrality of self-determination and the strengths of First Nations cultures in healing historical trauma and driving an intergenerational healing movement. We must use this knowledge as a catalyst for redoubling our efforts to right the wrongs of the past so that there is finally justice and healing for our ageing Stolen Generations survivors.

We must make healing happen – urgently. It’s time to act.

Fiona Cornforth is a Wuthathi descendant of the far northeast cape of Queensland with family roots also in the Torres Strait Islands. Fiona has an extensive background working as part of Aboriginal and Torres Strait Islander peoples' community, business, and government initiatives for better outcomes and impact. On a foundation of senior and leadership roles in the community, and all tiers of government, she has used management degrees and tertiary teaching accreditation to raise awareness around the impacts of intergenerational trauma and the power and strengths of First Nations peoples' cultures for healing. Fiona has gained experience and perspectives in education, leadership, and business development globally, and shares a message of celebration and gratitude for the greatness of ancestors, elders, and the ontology and authority that holds her and her family.

Harry Williams is a proud Wiradjuri man from Cowra, New South Wales. Harry’s passion for education stems from his Stolen Generations family history. His grandfather, along with his grandfather’s brothers and sisters were forcibly removed from their family and community and taken to Kinchela Aboriginal Boys Training Home and Cootamundra Aboriginal Girls’ Training Home in NSW. Harry’s grandparents have been his biggest influences, “My Pop has now passed away, and I feel that as a younger person, when you lose an Elder, and they’re full of knowledge and stories... “For Aboriginal people that’s like a book or library of thousands and thousands of years of knowledge creation, stories, lore, men’s and women’s business, ways of thinking and doing, that have been passed down… (now) gone. “You can never get it back, and I feel I have to find a way to still learn about my culture, my language, while still moving forward with the rest of the world. “Intergenerational trauma continues to have an impact, hence the need for urgent healing, the right way, our way.” 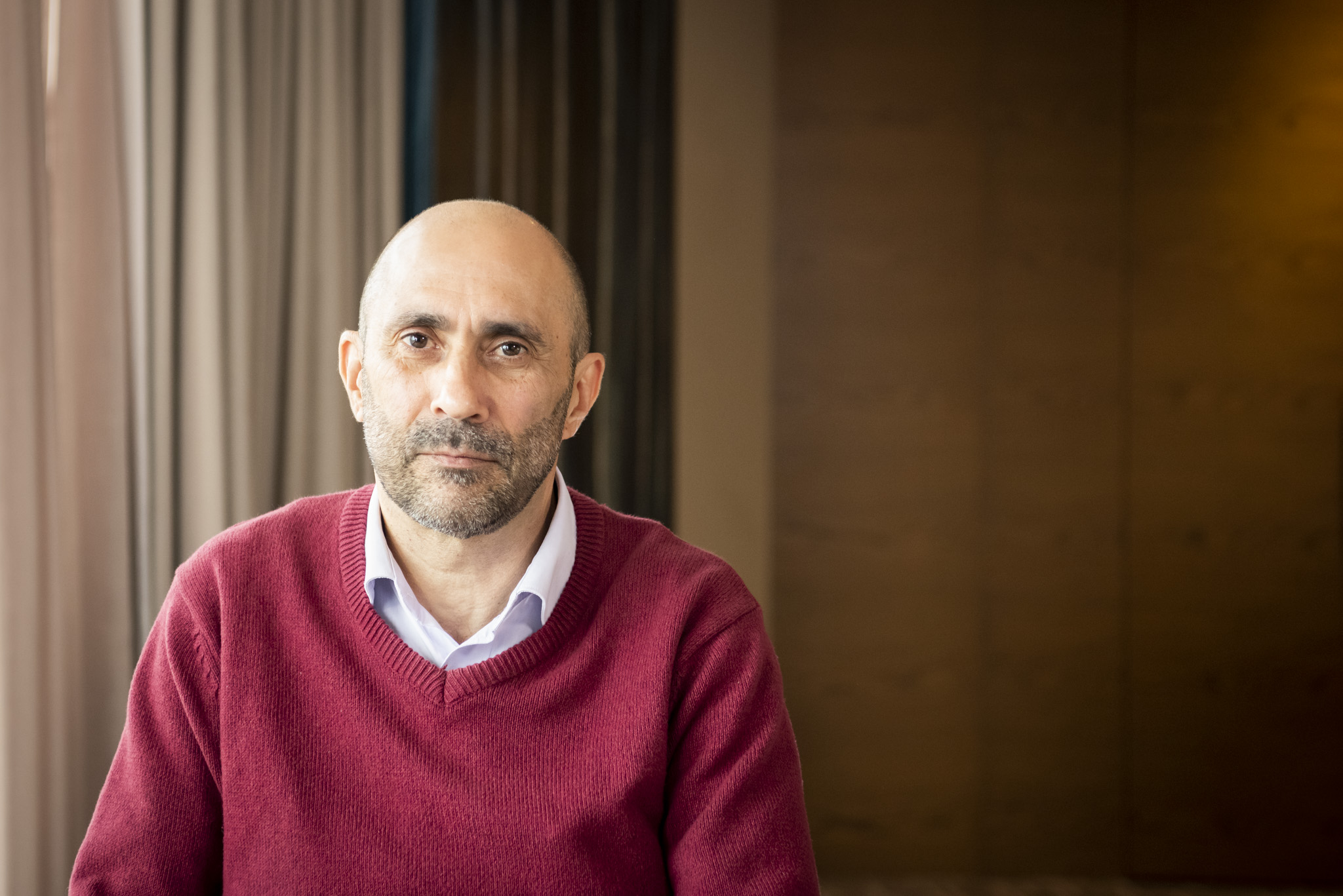 Ian Hamm is a Yorta Yorta man from Shepparton in central Victoria. In 1964, he was separated from his family when he was three weeks old. He grew up just 50 kilometres away from them, unaware of their existence. That changed when he went to college and met an Aboriginal education officer who asked him if he knew where he came from. Ian replied his birth name was Andrew James. The person said: “Yeah. I think I know who you are. I’ll get back to you.” Six months later a worker from the Victorian Aboriginal Child Care Agency visited Ian in Bendigo. She told him his birth family, the James family, was a big Aboriginal family in Shepparton. Ian then realised he’d already met some of his birth family, but was unaware of their relationship. “It blows you away. She told me I was one of five, ‘You have two sisters and two brothers’. And I asked about my mother. She said my mother died in 1966, when I was two,” he said. “I’ve only got a few photos of my mum. It’s enormously frustrating when people say to me I’m like my mother. I don’t know what that means. It puts into perspective where you fit in. Or don’t fit in as the case may be,” he said. “The hard part of this is I didn’t meet any of them until I was in my twenties. You’ve only known each other as adults,” Ian said. “It will be the same for anybody who’s been through this experience, the thing that’s the most confronting, the one that you live with every day—that you’ve had to start a relationship as an adult. How do you create those relationships? How do you make them work?” He described the uncertainty of identity he felt as the only Aboriginal man growing up in Yarrawonga. “People would tell me I’m Aboriginal, but what does that mean? My only source of information was what people told me and what I saw on television. This is the ’60s and the ’70s, and that wasn’t great.” Over the years, moving forward has had its own challenges, especially in finding a way of getting on with things. “When I say heal, for me, I don’t think you get over it, you just get used to it. It’s how I get by.” Ian says he’s largely made peace with his past, but it’s more like a cessation of hostilities than a lasting peace. “There are days when sometimes it just gets to me. I get this overwhelming sense of sadness. And I know exactly what it is. It’s that ‘Where do I fit in?’.”

The Healing Foundation is a national Aboriginal and Torres Strait Islander organisation that provides a platform to amplify the voices and lived experience of Stolen Generations survivors and their families. It works with communities to create a place of safety, providing an environment for Stolen Generations survivors and their families to speak for themselves, tell their own stories, and be in charge of their own healing.