Commissioner of the Australian Federal Police

"Lessons learned from Operation Ironside, the national security threat of transnational serious organised crime, and a call to action on illicit drugs" 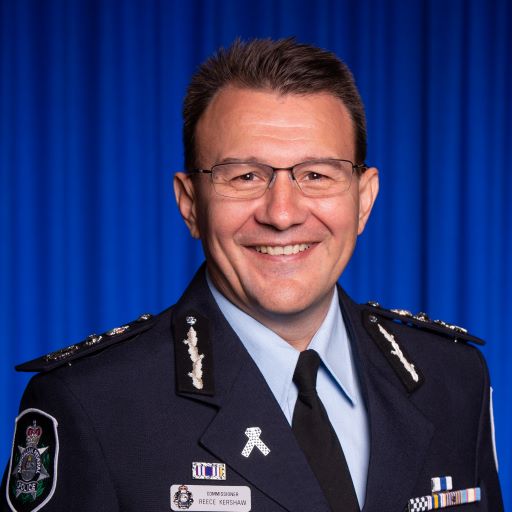 In 1999, Commissioner Kershaw moved to the AFP Perth Office and worked in Operations and Close Personal Protection. In 2003, Commissioner Kershaw was promoted to Superintendent, undertaking various leadership roles in the investigation of victim-based crime, high tech crime operations and deployments on overseas postings to the Netherlands, East Timor and The Solomon Islands. In 2010, he was promoted to Commander, leading Serious and Organised Crime investigations.

Commissioner Kershaw was a Visiting Fellow for the Police Executive Leadership Program at the Australian Institute of Police Management and has completed the Australia New Zealand Police Leadership Strategy Program. He is a Graduate of the Federal Bureau of Investigation Law Enforcement Executive Development Program and the Australian Institute of Company Directors. Commissioner Kershaw also holds a Master of Business Administration, Graduate Certificate in Business (Banking) and a Certificate in Business (Europe).