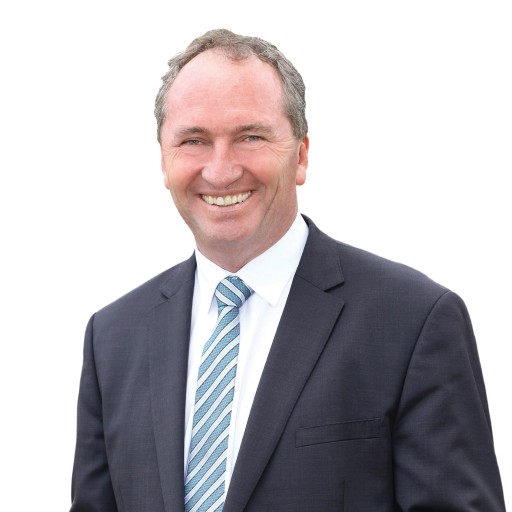 “Politicians are not here to save your soul; they are here to look after your country. The most important thing is to always stay in touch with those whose beliefs gave you the chance to represent them.” House of Representatives maiden speech, 2013.

The Hon Barnaby Joyce MP is Australia’s Deputy Prime Minister, Minister for Infrastructure, Transport and Regional Development, and Leader of the National Party of Australia. He has served in Parliament for the past 17 years – first elected to the Senate in 2004 then the House of Representatives as the Member for New England in 2013. He is a passionate leader well-known for fearlessly expressing his views, his popularity in his electorate and strong leadership of the Nationals. A farmer and former accountant, small business owner and army reservist, Barnaby is dedicated to advancing Australia’s interests and giving voice to Australians who live outside our capital cities. After serving as the Federal Member for New England over the past three years, Barnaby has returned to the role of Deputy Prime Minister determined to improve the lives of Australians and Australia’s interests.