Leader of the Opposition of Australia

Leader's Address to the National Press Club of Australia 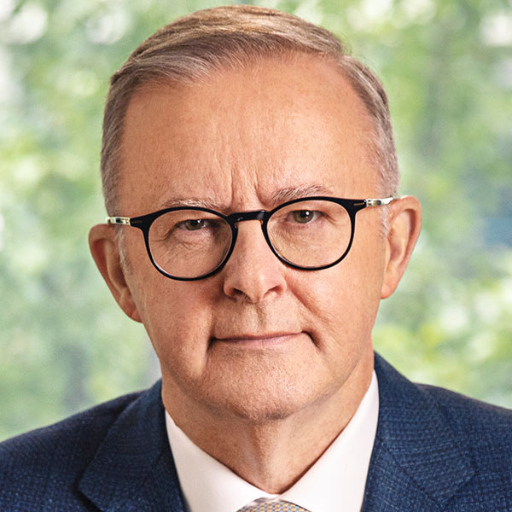 Wednesday, 18 May 2022
The National Press Club of Australia

The Hon. Anthony Albanese MP, Leader of the Australian Labor Party and Leader of the Opposition, will make his Leader's Address to the National Press Club of Australia in the lead up to the 2022 Federal Election.

Anthony Albanese is  Leader of the Opposition and leader of the Australian Labor Party (ALP) since 2019. He has been member of parliament (MP) for the division of Grayndler since 1996.

Albanese was born in Sydney and attended St Mary's Cathedral College, before going on to the University of Sydney to study economics. He joined the Labor Party as a student, and before entering parliament worked as a party official and research officer. Albanese was elected to the House of Representatives at the 1996 election, winning the seat of Grayndler in New South Wales. He was first appointed to the Shadow Cabinet in 2001 and went on to serve in a number of roles, eventually becoming Manager of Opposition Business in 2006.

Following Labor's defeat in the 2013 election, Albanese stood against Bill Shorten in the ensuing leadership election, with Shorten being elected. After Labor's defeat in the 2019 election, Shorten resigned. Albanese became the only person nominated in a leadership election; he was subsequently declared elected unopposed as the Leader of the Labor Party, becoming Leader of the Opposition. He is now running in the Federal Election for Prime Minister of Australia.