Address to the National Rural & Press Clubs of Australia 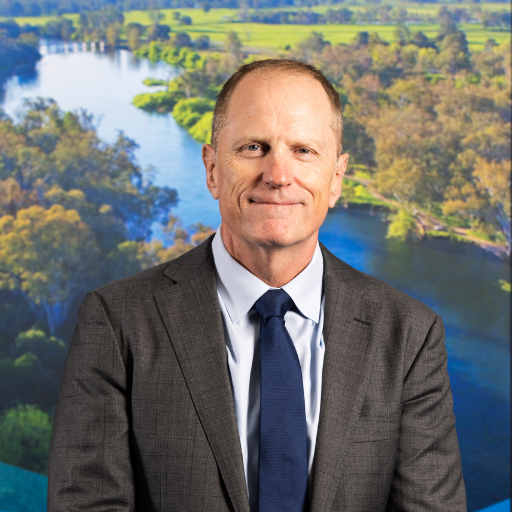 Andrew worked for more than a decade with Syngenta, one of the world’s leading agribusinesses where he held several senior roles, including the global head of external affairs and communication based in Basel, Switzerland. Prior to this, Andrew ran his own agribusiness public relations consultancy company, was head of corporate affairs for business at the National Australia Bank and worked for several years at AWB Limited.

In his first address to the National Rural Press Club, Andrew will reflect on the challenges facing Australia’s largest and most complex river system, as delivery of the $13 billion Murray Darling Basin Plan nears its legislated deadline.

This year marks a decade since the plan - arguably one of Australia’s most ambitious environmental reforms - was agreed to by 6 governments. It is a remarkable pact that endeavours to carefully manage water and protect the Basin for future generations.

The Murray–Darling Basin is home to more than 2.3 million Australians, including 40 First Nations.

It produces $22 billion of food and fibre, and generates $11 billion of tourism each year, while supporting more than 120 waterbird species, 50 native fish species and 16 protected wetlands.

A lot of values, a lot at stake, a lot to protect.